I’ll answer the above question right up front. Ron is an expert on U.S. political history and a brilliant researcher.

It’s been only about 8 months since Linda and I discovered the documentary videos that Ron had been producing for a couple of years. We were amazed at his ability to tell such well organized and accurate stories about the murders of Kevin and Don using only documents and news events he found on the internet.

When we made contact with Ron and got to know him, we asked him to join our team of website contributors. We invited him to meet with us in Arkansas in June (2019), so Ron and his wife, Michele, drove from their home in Toronto to spend a week in Arkansas with all of the folks on Linda’s team. (See the “About Us” page.)  Ron’s favorite place to hang out was in Linda’s office that has a wall of shelves holding floor to ceiling binders of documents and news articles going back to the day Kevin was killed. You’d think Ron had won the lottery. He was not able to photo nearly everything he wanted (which was everything), so I’m in the process of scanning and sending more to him.

Ron and Michele shared a vacation condo in Hot Springs with James and me.  One morning (Ron and I are early risers), I asked Ron how our country got so corrupted at such high levels.  His response was immediate. “It started in 1901 when . . . . ”  After almost an hour into my political history lesson, it was time for us to go, but I wanted to hear more. Later, I realized how much I was understanding the answer to my question, so I asked Ron if he would produce a series of documentaries on U.S. Political History for our website.  Of course, this will be in the future, but he says he will, and I plan to hold him to it.

Linda and I look forward to Ron’s continual production of documentaries on the murders, the cover-ups, Mena and Iran-Contra.  We always learn something or see an issue with a different perspective.

Welcome to the Murder On The Tracks Video Series

Below you will find all the Official series’ videos that are loaded with FBI, DEA, CIA, ASP files… Court documents… Congressional Records… Mainstream Media press and assorted News coverage… Interviews directly with the people involved… and so much more!

Note – For best viewing, click the “Full-Screen” icon at the bottom-right of the video window

If you have any information related to this case, PLEASE contact us!

An overview of events, from the time of the Murders on August 23 1987, and the cover-up that followed right through until December 2016…

Murder On The Tracks Part 3 - The Sheriffs

In this video, we have a look at the Saline County Sheriff’s Office… who have left the status of the case as being “OPEN” to this day… and we look at every single Sheriff from Kevin and Don’s Murders, up until present day… and what we discover is startling!..

This video features both the full versions of televisions’ “Unsolved Mysteries” episodes, and compares what was known then, to what was discovered later. Again, loaded with FBI documents and much more, this video shows the obvious, laid out in shocking detail, document after document, proving the Cover-up continues on to this day… 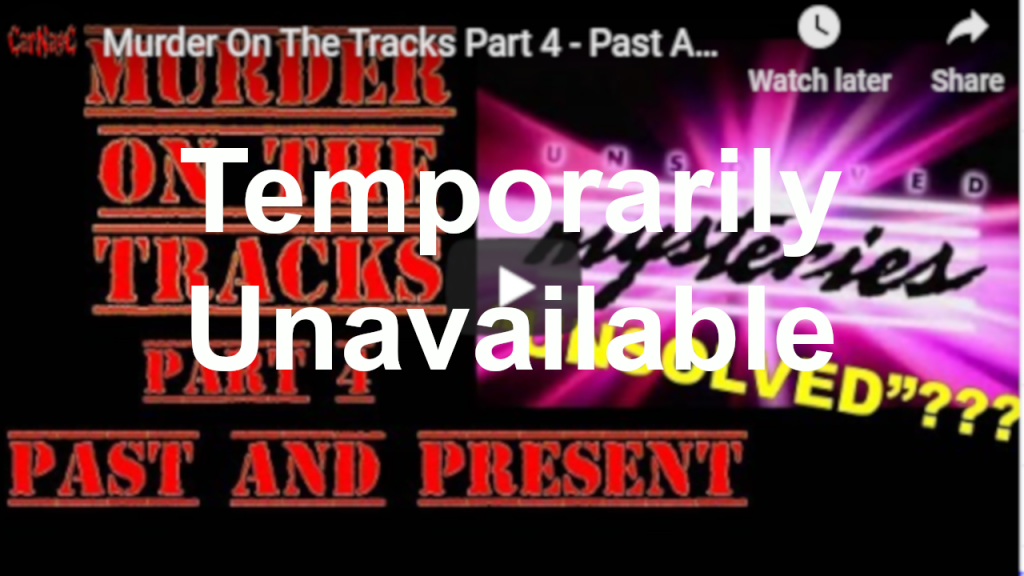 Murder On The Tracks: Shorts

Ron Dane’s American Re-Made is the real story of Barry Seal and is a comprehensive documented explanation of the Iran-Contra affair, which uncovered the ugliest scandal in American history.  Involving 3 modern presidents, this documentary makes the best case for Congressional term limits and shatters the myth that the difference in political parties matter. The research, documentation, and narrative logic will erase any doubt that this story is true American history.