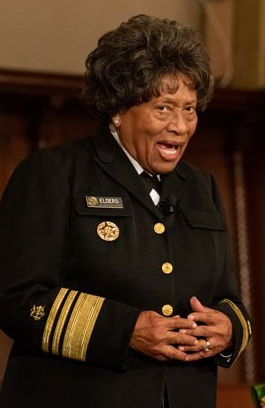 Joycelyn Elders is an embarrassment to her profession and owes the victims of Famy Malak “a great debt and a real apology.”