Arkansas Bad Guys All Are or Were Public Officials

Each Bad Guy Is Rated Below

One Star – This is for those who are self-serving, unprincipled, and have no regard for the consequences of their actions as long as it benefits them.
Five Stars – This is as bad as a bad guy can get, which includes murder or complete disregard for human life, but sometimes goes even further.

Since our website was revamped in June of 2019, the pages for Dan Harmon, Kirk Lane, and John Cole have consistently drawn the most viewers. We have, therefore, rearranged their order of appearance to reflect their position of rank as an Arkansas Bad Guy. 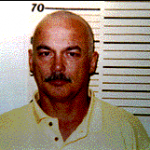 He was most certainly on the tracks the night of the murders and is likely one of killers as a witness saw Harmon with blood splatter on his pants right after leaving the tracks.  Judge John Cole appointed Harmon special prosecutor to lead a county grand jury investigation of the murders.  During that time,  witnesses began turning up dead before they were called to tesify.  True to his character, Harmon claimed that he was putting so much time into the investigation of the murders that he neglected his law practice and was broke.  Although Harmon was being paid well for his time as special prosecutor, he conned Kevin’s parents into giving him Kevin’s life insurance money. 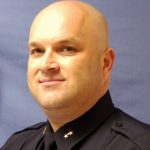 He is the most likely suspected killer of Kevin Ives, according to FBI and State Police files, which includes at least two eye witnesses.  There is likely more that we don’t know about Lane, because he has been protected, rewarded and promoted for decades.  Governor Asa Hutchinson rewarded Lane with the Arkansas State Drug Czar position in 2017, in spite of much protest from the public and a No Confidence Bill lodged against Lane by the Arkansas Fraternal Order of Police.  As we continue to discover, the government does not serve citizens.  Those who run the government are self-serving and do their part to protect their system of control. 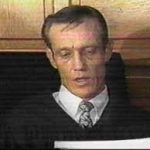 John Cole gets 5 stars. Although we don’t know of any murder he committed, he was certainly the facilitator of ‘who knows how many.’ John Cole was a Seventh Judicial District Circuit Judge for 24 years. Now retired, he’s called to preside over trials that perhaps need to be “handled.”  A Lonoke County jury gave Jay Campbell a concurrent 303 years, but it was reduced on appeal to time served, amounting to a few months.  Although it  doesn’t appear that Cole did his part to protect a prime suspect in the murders of Kevin and Don, things are never as they seem with Saline County affairs.  A 303-year sentence reduced to time served means the trial judge (Cole) made stupid, stupid errors during the trial or that he wisely made intentional errors so the reduction  wasn’t attributed to him.  One thing is certain, Cole is not stupid. 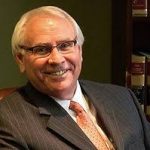 He is the U.S. Attorney who shut down the federal grand jury in exchange for a federal judgeship nomination from President George H. W. Bush.  He deserves at least 4 stars, but his promise of a judgeship position was likely a well-timed sham between George H. W. and Bill, as Chuck’s nomination was submitted so late in Bush’s presidential term, that it was withdrawn when Clinton was about to take office.  So, sometimes the bad guys are used by higher level bad guys and don’t get their expected rewards. 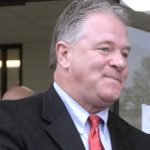 He is the most likely killer of Don Henry, according to FBI and State Police files, that include at least 2 eye witnesses.  He says he isn’t one of the killers but knows what happened.  We’ll keep him at 5 stars until he tells us what happened and passes a polygraph.  Campbell has never been interview by anyone investigating the murders, but he hasn’t reaped great rewards either.  Probably because his criminal activities have been so blatant and offensive, he has not been favored by the higher ups.  Judge John Cole, however, reduced 303-year sentence by a jury to 40, which Cole knew would be reduced further, and he was right. 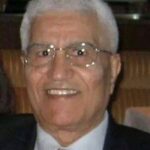 His disregard for the truth, lack of compassion for his victims’ families, and being a puppet for Clinton and dirty law enforcement should rate him 5 stars.  However, his obvious intellectual limitations mitigate his malice.  Who else but someone with mental disabilities would testify  that the engineers of the train were at fault because they didn’t stop the train in time?   Actual malice belongs to Jocelyn Elders and Bill Clinton.  When Malak became a liability to Clinton’s presidential bid, they defended him; said he was    over worked and underpaid and created a low profile position for him.  However, this website could easily justify rating Malak with 5+ stars as he is likely deranged. 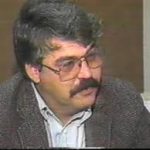 Attorney Richard Garrett was Dan Harmon’s side-kick, his right-hand-man, his lap-dog, his shadow, his yes-man. Get the picture? If Dan Harmon was involved, Richard Garrett was involved.  Garrett is now deceased, so all that he knew went to the grave with him. There is, however, information from a likely reliable source that Garrett left a confession to be opened 5 years after his death.  Growing ever more weary of waiting for someone to do what is right, Linda still waits. 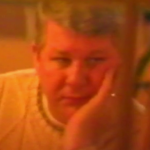 Now deceased, he could have and should have been a good guy.  He certainly had the federal grand jury ready to indict Harmon, Garrett, Cole, and other Saline County officials, but he refused to investigate the most likely killers of the boys, Jay Campbell and Kirk Lane, in spite of compelling evidence against them. We later learned that Govar, Campbell, and Lane had all been best buddies at a shared hunting camp for years.

Special FBI Agent I.C. Smith was a pretty big deal in the Washington D.C. Bureau, when he was transferred to head the Little Rock Bureau in 1995.  His specific assignment was apparently to get control of Linda and Jean and to shut down the investigation of the murders of Kevin and Don.  He succeeded in closing the investigation, but the harder he pushed Linda and Jean, the more “uncontrollable” they were. The bad guys win some and loose some.

The very day that Jean Duffey’s task force became operational, Gary Arnold, told Jean that she could not use the task force to investigate any public official involved in drugs or other illegal activity. Arnold obviously wanted to ingratiate himself with the element of corrupt officials who controlled the county leaders.  However, Jean and her officers agreed to ignore Arnold, and to do their job, knowing their time would be limited. Arnold earns only 1  star, because of his lack of importance.  However, if he were to be judged on immorality, he would clearly be at least 4 stars.  Click below for evidence of Arnold’s immoral character. 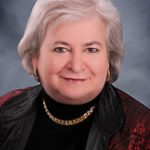 Paula Casey gets 4 stars, because we know of no murders she has committed.  Otherwise, she is at the top of heap of the arrogant, offensive, hateful-spirited, team-player collection of bad guys on this page. Perhaps following orders from a superior, but no one knows, she halted the services of search warrants on Harmon when several law enforcement agencies were on stand-by, awaiting the word to proceed. 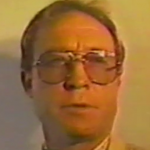 Now deceased, he was Saline County Sheriff when the boys were murdered.  Although always anxious to be on camera during any photo opportunity, Steed could not be found the morning of the investigation on the tracks.  In spite of his absence from the scene, Steed professed complete confidence that the investigation was thorough and competent, even though the back of the train was used as a reference point for the location of boys and their possessions.  When the train pulled away, the reference point was gone.  However, the bad guys don’t always win. 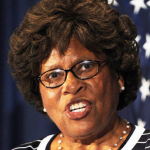 Joycelyn Elders was an easy choice for the bad guys page because of her inexplicable and absolute support of Famy Malak. She not only defends Malak’s actions and his record, she says that Arkansas owes him “a great debt and a real apology.”  We actually wouldn’t expect you to believe that anyone with half a brain would say such a thing, but she did, and you can hear her for yourself.

John Brown was hired by Sheriff Judy Pridgon as a Saline County deputy in 1993.  John was assigned to work the boys’ murders, and Linda was thrilled.  Jean shared her files with John, who expanded the leads and evidence that connected to Mena drug smuggling and drops from airplanes along the tracks.  Although Jean was growing suspicious of John’s motives as self-serving, she did not object to Pat Matrisciana including John in the documentary, “Obstruction of Justice: The Mena Connection.”  Then when Matrisciana was sued by the two cops Linda and Jean name in the video as murder suspects, John turned and testified on behalf of the cops. 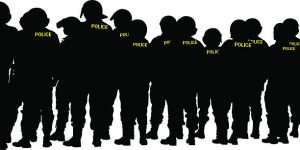 You know who you are

If you are a law enforcement officer or public official who is aware of wrong-doing, and you turn a blind eye, you are a bad guy.  If you enjoy being a bully, even it’s with just words, you’re a bad guy, particularly if you’re a journalist.  It’s never too late to do the right thing.