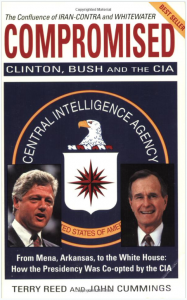 The Mena Cover Up

The Mena Cover-up puts to rest the many rumors, myths, and legend surrounding the tiny rural town of Mena, Arkansas. In 60 action-packed minutes, the viewer is shown how Organized Crime, working with Colombian Drug Lords, compromised U.S.

Government Officials at the local, state and federal level and even assisted in the making of a President. This riveting story tells of drugs, guns, money laundering, blackmail and murder. American heroes such as Arkansas State Police Investigator Russell Welch, I.R.S. Federal Agent Bill Duncan, journalist Scott Wheeler and others, put their reputation, jobs, and lives on the line to make this revealing documentary possible. The American judicial system has been undermined – The future of this country depends on every American being informed.

World Net Daily:  Unless you read the inside pages of the Arkansas Democrat Gazette (not one of my favorite pastimes), you probably missed what may be a significant development in what has become known in Clinton scandal parlance as the “boys on the tracks case.”

Arkansas State Medical Examiner Fahmy Malak, appointed by Gov. Bill Clinton, quickly ruled the boys’ deaths “accidental,” saying they were unconscious or in a deep sleep as a result of smoking marijuana. That explanation didn’t add up to Kevin’s mother, Linda, who publicly challenged the finding. A local grand jury began investigating, resulting in the bodies being exhumed.

The Murder On The Tracks 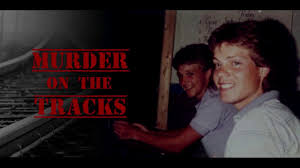